Questions that always come up when I talk to book groups are where did you get your stories and why did you put them in?

Before I started writing historical fiction I wrote stories about my own life in Cornwall. I called them Memoirs While Memory Lasts. This stimulated remembering so many experiences and these stories have been a rich source of material for my novel writing.

I don’t want to give away too much if you are still looking forward to reading The Miner & the Viscount, but anyway you would quickly learn that the Honorable James Trenance is a bit of a rotter. In my early drafts the feedback from my writing group was that I needed to set up the psychological cause of his nasty nature and to explain his conflict with the miner. So I used a story of my own childhood.

In Our Gang and other Warfare I told about life as a boy in World War II. 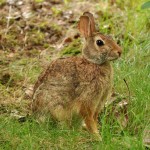 There were food shortages and stringent rationing. Proteins were in short supply. Each week we were allowed 4 ozs. of bacon or ham, about 8ozs. of other meat, one fresh egg and one packet of dried eggs. In Cornwall we were fortunate to get fresh fish and could also hunt wild game. I went into the fields to catch a rabbit or two to feed my family. Unfortunately, I wasn’t a successful hunter.

However, I had a story to tell that I used in my book in Chapter 9, entitled Villainy. Go to The Story Behind the Story to read it. And here is an extract from my memoir  that tells of the real life experience that I drew on for the story that enriches the character of James Trenance. (If you would like to read the whole story, read more here.

Our Gang and Other Warfare

I did have quite an adventure with Raymond Hocking. He was allowed to go even beyond the fourth field, and he had a pet ferret that he had trained and carried in a burlap sack. He could ride a bicycle, and he knew lots of swear words. He took me rabbiting. We used to eat quite a lot of wild rabbit, because with all the rationing there were only about eight ounces of meat a week, and that didn’t go very far. Rabbit pie with parsley and pastry was my favorite. Once I made a pair of mittens with fur I had skinned off two rabbits, nailing them stretched out on a board and rubbing alum on them to cure them and olive oil to make them soft. I had meant to make fur gloves, but they were too difficult, and actually my mother had to help me finish making the mittens.

Anyway, I went off rabbiting with Raymond Hocking. He said that you had to find a rabbit burrow and put a snare or a net at all the holes except one. The snares were like a lasso made of thin flexible wire with a noose. The nets had pegs to fasten them around the openings to the burrows. Then you put the ferret into the remaining hole, and it would chase the rabbits into the snares or nets. Raymond tied a piece of string around the ferret’s muzzle in case it decided to eat the rabbit itself. Pretty soon we would have rabbit pie! Or several!

When most of the holes had snares or nets over them, he put the ferret into the remaining open hole. It quickly disappeared and we waited. We waited, and we waited. No rabbit. Actually, no ferret. Raymond Hocking began to look a bit anxious. He said he had spent a lot of time training that ferret and it was the only one he had. He didn’t know if his father would buy him another.

We went on waiting. Still no rabbit. Still no ferret. At least it meant we didn’t have to kill the rabbits that we caught. After a long while, probably at least five or six minutes, we gave up and walked home rather dejected. Raymond Hocking never took me rabbiting again.