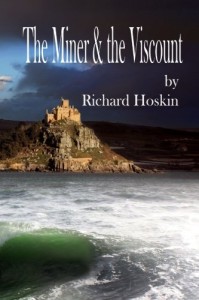 The Miner & the Viscount is set in the author’s native Cornwall in the late eighteenth century, a time of social turbulence and historical significance, when Cornwall mirrored the history of Britain: the birth of the industrial and agricultural revolutions, the expansion of empire, the coming of the Enlightenment, the rise of Methodism. A royal duchy, Cornwall had 44 Members of Parliament (as many as all of Scotland); new-fangled steam engines worked in her tin and copper mines; her seamen explored the world’s oceans and her politicians led the exploitation of America. Cornwall is one of those special places that emanates a spirit, a mystique, a beauty and a people that are compelling and fascinating. The peninsula at the southwestern tip of Britain, Cornwall’s picturesque scenery varies from great country houses and market towns and fishing villages, to tin and copper mines, bleak moors, Neolithic monuments, rugged cliffs, the English Channel and the Atlantic Ocean. Strong characters, both historical and fictional, struggle with wealth and poverty, ambition and idealism, love and hatred, honor and revenge. They wrestle with the issues that faced them in this fascinating and vital period and offer us insights into what we face today. Click Here to Preview the Book.

NOTE:  A Kindle version of the Miner & the Viscount is also available.