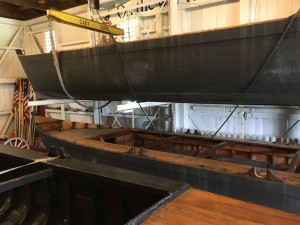 As I work on the sequel to my historical novel I am delighted that more and more connections crop up. I will feature Boconnoc (one of the three great houses in The Miner & the Viscount), the Cornish seat of the Pitt family.

It is Thomas Pitt, “the artistic one”, who inherits the estate, his cousin William Pitt the Younger who goes into politics and becomes one of the most brilliant first ministers in British history. Thomas Pitt meets William Cookworthy, who lives just over the border in Devon. He is an amazing man—a Quaker, a businessman, a pharmacist, and an inventor.

When John Smeaton (the brilliant engineer we met in “The Miner & the Viscount”) needed a cement that would work under sea water to construct the famous Eddystone Lighthouse, he turned to Cookworthy to develop it.

A visitor from America interested Cookworthy in porcelain and in penetrating the secrets that the Chinese manufacturers had guarded for hundreds of years. He had to obtain the special clays. Where did he find them? On Boconnoc land! And Thomas Pitt financed obtaining the patent and assisted in the early development.

There is more. Another early helper was Richard Champion, also a Quaker, who went on to form the Bristol porcelain company, and eventually moved to America. What an amazing character! And I have just received a beautiful new book about him from an old school friend (and my daughter Sarah’s goddaughter) who collected his ware.

Much more to come soon!

This week I attended an excellent lecture at the Osher Lifetime Learning Institute of the University of Cincinnati. It was about The New Jersey Campaign in the Revolutionary War when, after many setbacks, General George Washington defeated the British army sent to bring the colonials to heel. It was presented in fascinating detail by my friend Steve Appel, an enthusiastic student of American history. 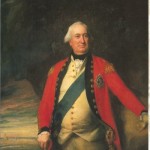 I was interested. I am working on the sequel to my historical novel The Miner & the Viscount. The working title is Rebellion & Reform. It is set in my native Cornwall at the time of the ministry of the great William Pitt the Younger, whose family’s country seat was at Boconnoc in Cornwall.

The first part of the title refers to the rebellion of the American Colonies against George III and his British government. The second part refers to the early efforts to reform the corrupt British electoral system of “rotten boroughs”, where seats in parliament were owned by landowners who controlled the few voters – including my protagonist Edward Eliot of St. Germans. Little remote Cornwall had 44 Members of Parliament – about the same as all of Scotland!

One of the delights of doing my research is coming across connections. Charles Cornwallis was one of the abler English generals. He was an aristocrat. He was the first Marquess Cornwallis and became the 2nd Earl of Cornwallis when his father died. He is remembered by American historians mainly for his inglorious defeat at Yorktown, although in fairness he was hampered by poor management from his superiors. Prior to that he had voted in the House of Lords against the Stamp Act in sympathy for the American colonists.

However, defeat did not end his career. Lord Cornwallis went on to fill important government posts, including serving as Governor-General of India, where he initiated important reforms; Master of the Ordnance in England; Lord Lieutenant of Ireland, where he facilitated the Act of Union; and negotiator of the peace with Napoleon. 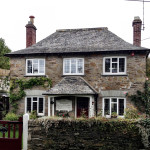 The connection to Cornwall? William Eliot, Member of Parliament for my hometown Liskeard and the 2nd Earl of St. Germans, married Cornwallis’ granddaughter Jemima. She became the Countess of St. Germans. 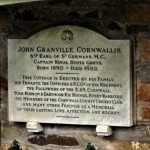 There is a Cornwallis house in the village, with a tablet dedicated to their descendant John Granville Cornwallis, who became the 6th Earl of St. Germans. So many connections. Cannot imagine why the writers of the American constitution were convinced of the separation of powers!